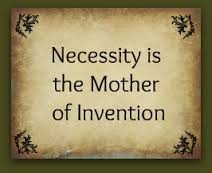 Your own necessity to connect–Part 1

• Live as though you’re going to die

What is your own necessity to connect in plain words
It’s the amount of your own desire you feel you need to intend into your listeners, so they connect with you and your song, become captivated, and as a result, join in with you in their own carefree way.

That desire could come from your own embracing of a past or current emotional experience to help you generate that necessity to connect.
Whatever spontaneously comes to you seems to be how it usually goes, and that spontaneity inspires a response from your listeners that moves them emotionally to join in with you, openly or quietly within themselves, in their own unique way.
______

Critics can squash your willingness to connect
There was a great composer of years gone by who was incorrectly tainted with the misleading story about them that they suffered from some sort of insanity which became the inspiration for the creation of their great music.
The real truth was a few opinionated critics decided that composer was insane, and laughingly, they didn’t even understand the first thing about insanity, sanity, or composing Great Music.

The fact is that all those negative emotions (a common occurrence from living one’s life) that can inevitably get stirred up in the best of composers during the process of creativity, were courageously embraced as part of that composer’s musical masterpiece. And then, as a final touch, that composer infused all of it with their own intense necessity to connect their music to the world around them.

But those devious type of critics laughingly expose their own insanity, by reacting to artists they don’t understand or agree with by                • introverting or crushing them.

It seems their own limited understanding of what it takes to create something prevents them from appreciating someone else, and, they even get paid for doing such things these days.

• Observing the obvious can save you a lot of time and suffering if you do the exercise noted for long enough.

The common way these cowards character assassinate someone is to get everyone elses’ attention off of themself, and onto how that other person is no good in some way, or “insane”.

Looking into any one of these types of critics’ own pasts would make you think twice before believing anything they said or did, as they seem to have a habit of accusing others of what they already did, should’ve done, or often are still doing.

Any art form attracts these types of critics, and you as a songwriter and performer need to be aware of them, and be able to spot their intention to covertly introvert you so you don’t lessen your own necessity to connect with your listeners.
______

You are GREAT, and always have been, so remember that truth when you feel introverted or stifled by what someone says or does to you.
______

We all have Greatness within us.

And all you have to do is use it!