Album 01) Rhythms inside of us
Name of Song: The Rhythm of simple 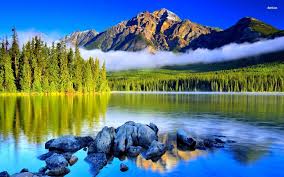 This is a story about Time, and our gradual slide into it.
It is about where things may have begun for you.
The accompanying music portrays this story (when composed).
Then you can read the story below while listening to its accompanying music.
_______

Before the beginning we were much better off as beings.

We didn’t need orientation points to feel located as we were nowhere but everywhere.

We were quite happy creating effects.

We liked who we were, and weren’t tempted to become someone else just because they created something we didn’t.

We were quite happy with just ourselves, and who we were.

We liked that we could pervade things.

We liked that we could be wherever we chose to be.

It hadn’t occurred to us that we should prove anything to anybody.

We liked that we could observe.

We enjoyed our own self. Very much.

We were sort of invincible, but in a spiritual sense, not a physical one.

The physical universe was only something to observe and pervade.

It had not occurred to us that we should compete with it.

After all, we were spiritual, not physical.

We liked observing it. It was something new to us.

Just being in and around it was quite satisfactory.

In the beginning it seemed to appear and disappear to us, but probably because we hadn’t decided if we wanted it to stay or not.

But, those qualities were, and still are used by ourself and others to make things more solid and visible.

We ceased to be motionless in our native state.

We got the idea we were motion because we gave in to this minute rhythm that drove us.

We started being space, and then time.

And so appeared the beginnings of Space and Time and our participation with it.

Bit by bit by bit.

You could say it fascinated us.

We even felt this physical universe had beauty.

We thought it had a life of its own.

We just forgot that it was us who made it like us.

We even decided we weren’t doing it!

It was…. because we were.

And here we are, still giving it life.

But in the end, we can only look in the mirror for “who did what” to us.

And…., there is a point where kindness ends and stupidity begins.

We have long passed that point, and have even forgotten how stupid we were.
______

But some things survived this slide into Space and Time:

• We still can love.

• We consider it our pleasure to help anyone who needs helping.

• We can be successful.

• We love to do nice things for people.

• We still reject killing unnecessarily, as can happen in war.

• We don’t mind doing things forever if they help.

• We still like using a mind and occupying a body, and making new ones.

• and sometimes cry, as it helps us release things stuck inside.

• We are ourselves, timeless and deathless, and possibly, just bored with it all.
_______