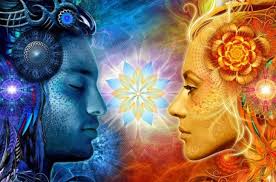 A simple definition of a Great Song:

A Great Song • telepathically inspires and captivates your hope and courage in such a deeply emotional and heartfelt way that you • intuitively start making the song your own by giving to it personally, and a loving trust begins.

The song seems to permeate your whole being as ONE emotional and captivating musical wave of uplifting inspiration.

The Songwriter/Performer consciously causes all that within you because they want to.

So, what determines how Great that song becomes…
It’s how many people the song • telepathically inspires and captivates their hope and courage in such a deeply emotional and heartfelt way that they • intuitively start making the song their own by giving to it personally, and a loving trust begins.

The above describes the human • intuitive process that determines how a song becomes a Great Song in its own intended way.

Note: the telepathic connection described above may be invisible to the naked eye, but it’s unmistakable to a • spiritual being.

• Here is a singer who demonstrates that unmistakable telepathic spiritual connection by captivating and emotionally inspiring everyone to join in with her as she performs a truly Great song.

A • quick overview for you now.

Following and doing the program • How to Write and Perform a Great Song will show you how to do the above exactly.
______

• Click here to read where the above was excerpted from