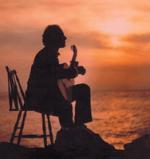 Why he did it

The song lyrics already published on this site, and eventually their music, plus the write-up for   • How to Write & Perform a Great Song, are the main reasons for the site, and the only things that are of any importance to David.

As an added note, he commented in July 2015 about the lyrics he had written so far and said, “Each song lyric was usually written in one brief sitting, many without a bridge and mostly in 3/4 time, but not all. They will each need further simplifying and refining as the music is individually composed for each song, which will be started once I complete the write-up Part 2) • How to Write and Perform a Great Song.

“Update – on 25 December, 2020, I finished •Part 2) and begun on the preparations for composing and producing all the songs. That will take a while as I decided to do everything in the production of the songs myself, but it should be worthwhile for all concerned”.

He further went on to say about Part 2), “I decided to intensify my own self discipline as a songwriter and develop a much more refined skill for composing. That involved me consciously being within the now of the exact moment I am in as I compose, and the whole song being created in that way.

“I discovered there existed very real and very intense life barriers that had been with me for a long long long long time, and their intentions seemed focused on making sure I never achieve my own pure state of being, which I assure you is the ideal for creating and composing.

“During the dismantling of those barriers I realized they were just shadows held in time by my own agreement to keep them there, strange as that may seem”.

“That intensity of self discipline seems to keep me evolving as a composer, and as a being, and clearly is allowing my own magic to open up in a way I only dreamed of, so who knows where it will all end up when I create the music for each of the first draft song lyrics that I have already published in this site”.

David then added, “To me, writing a song in the above way also seems to increase the chances that the listener will somehow identify with it, and want to listen to it again because it makes them feel better than they just were, so I am really looking forward to completing the songs with their music in that way”.

He then smiled and said, “I also have intentionally remained faceless so in that way a listener’s thought processes will only be influenced by the • 40 Original Song Albums and • How to Write & Perform a Great Song that I created. Their content is a more accurate and honest portrayal of what I’m like anyway, not my appearance or other such things.

“I see my website like the old time radio broadcasts before TV, with the listener happily creating their own images of what they hear and perceive, which I feel is a nice way to get them participating with you.

“When a person after reading my website or listening to my songs feels more themself, wants to continue exploring and learning more about their own creative self, becomes a better friend to themself, or even writes a Great Song, then I am pleased.

“Those sorta things occurring would let me know the website achieved what I envisioned for it, and I love it when people let me know they have achieved those types of personal breakthroughs”.

• Click here to continue to – “What makes a Great Song”