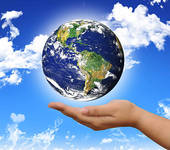 And so, David embarked on the beginnings of a new career. He decided to focus on helping other musicians and artists improve their careers in whatever way they felt they needed to, but also people from all walks of life.

An emerging truth that everyone is creating their life became more and more obvious to him.

His job sometimes took him to several of those countries, which really expanded his understanding about the different ways that people think and act, and create.

He made a comment in passing one day, “I learnt to be humble, and appreciate the uniqueness of a person, no matter where they came from, what they believed, or what they did for a living.”

He then added, “as a result of my job, it has become crystal clear to me that those persons were constantly striving to re-experience that wondrous feeling of being themselves again, despite the relentless interferences that a mind and a body can exert, whether from their own body, or someone else’s.”

• Click here to continue to – “How he helped them”